Periscope vs. Meerkat: What Marketers Should Know About Live-Streaming Video Live-streaming mobile video is one of the hottest digital trends so far in 2015. Two similar mobile apps, Periscope and Meerkat, both launched this spring, and they’ve been fighting it out for dominance ever since.

The meat of both apps is the same. You can use your mobile phone to record videos that are then live-streamed to the world. Much like other social media platforms, you can follow friends and celebrities on the apps. But unlike traditional video platforms such as YouTube, the videos disappear after a short time.

As Snapchat has shown, people are increasingly hungry for quick, temporary social communication. There’s an appeal to fleeting messages with a sense of urgency. Periscope and Meerkat are tapping into that. That’s why both apps already have millions of users. In fact, Perisocpe reached 1 million users within the first 10 days of launching the app.

Because of their quick growth and massive reach, marketers should examine whether either of these apps make sense for their brand.

Although there’s a risk in chasing the latest shiny object, some brands are already experimenting with live-streaming video, and the opportunities will likely evolve over time.

So far, a variety of brands are already using Periscope/Meerkat in similar ways to how they’re using Instagram, Snapchat and Vine: to provide exclusive content and behind-the-scenes access to what’s happening in their worlds.

Here are a few examples:

The German sportswear giant was one of the first major brands to say “Willkommen!” to Periscope. When Colombian soccer player James Rodriguez signed his Adidas sponsorship contract, it was streamed live for fans to see in real-time.

General Electric has recently been an early adopter of several new content platforms including Snapchat and Vine. It was also quick to get into Periscope, using it for a backstage glimpse at an interview between Neil deGrasse Tyson and Bill Nye.

A Toronto pizza joint is proving that mobile streaming isn’t just for big brands. Frank’s Pizza does a daily Periscope stream from its restaurant. The streams simply show the inner workings of a pizza kitchen. The streams now receive up to 2,000 views, and they show off Frank’s Pizza’s great atmosphere, satisfied customers and tremendous service.

Doritos was the first major brand to run a contest on Periscope. The #DoritosRoulette campaign included a cross-platform contest that combined Periscope, Twitter and Vine. Doritos announced on Twitter that people needed to view a Periscope stream for a chance to win. Anyone who viewed the stream was entered in the contest. Winners were then announced on Vine. It was a great way to interact with followers on multiple platforms at the same time!

Many will win. Some will get BURNED. Follow @Doritos on #Periscope now. Live on 6/30. http://t.co/RapdcKoHib pic.twitter.com/2e1SmkO3Jq

If the brands above have inspired you to consider using Periscope or Meerkat, here are a few tips to keep in mind:

Periscope vs. Meerkat: Which Is Better?

It’s unlikely that Periscope and Meerkat will both survive. They’re just too similar for both of them to sustain popularity. Who will it be? Many experts are speculating that Periscope will end up on top, but you can make your own prediction.

Although there isn’t a simple answer, I’ve compiled some of the key advantages to each app to help you decide.

Both platforms are still babies, and only time will tell which (if either) survive and thrive. Are you on either platform? What do you think of them? 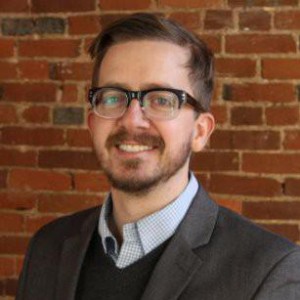