For the past couple of years, Mark Zuckerberg, Facebook founder and CEO, announces a yearly challenge. A couple of years ago it was to learn Mandarin Chinese.
He nailed it.

His latest challenge was to build a Jarvis-like personal assistant for his home. Good for him. He also ran 365 miles this year. Bravo. He’s superhuman. But, these accomplishments were the tease for his real achievement.

Right away you get that his Morgan Freeman Jarvis is a geek’s dream. But did you catch that he built the AI with Facebook tools?

After watching the video, I spent an hour reading about Facebook Messenger bots and checking out how brands were using them to converse with customers. Frankly, Zuckerberg had me at “bot”.

The video was devilishly clever and was enough to get his point across, but if that wasn’t enough, Mark also dished up some long-form content titled,
“Building Jarvis”.
He used 3,300 words to subtly seduce us with a glimpse inside how Facebook engineers create the jaw-dropping gear we take for granted. We also see the genuine admiration Mark has for his coding savants that make Facebook the dial-tone of our lives. I’m not a (good) coder but
I love hearing about how elite-level coders build stuff.

How Hypnotic Brands Are Built

At Blue Kite, we call what Mark Zuckerberg’s approach with Facebook a prime example of
Culture Branding.
To put it simply, Culture Branding aligns culture, story and platforms to deliver an almost hypnotic appeal to customers. Zuckerberg’s intuitive feel for this is masterful and so discreet that it’s easy to miss.

First, he started with a story: “I challenged myself to build Jarvis.”

Then, he shared his story on “his” platform: He started with a simple video and followed up with a more “polished video” showing off his creation.
Plus, he “opened the kimono” to satisfy our curiosity with his 3,300-word Facebook post about how he built Jarvis.

And, to top it all off, he invited us to share in his adventure by asking us how he should improve Jarvis.

Some may fixate on:

Let me save you some time and cash.

Marketers who focus on tools and platforms first, story second and culture last always frack things up. So, wait a moment before you Slack your frazzled content media gal with a 3-point “so-called” strategy.

The reason why Mark’s adventure works is that he is doing what he loves at a company he adores for customers that he can’t help but serve. Facebook’s culture starts and ends there. As CEO, Mark knows how to align his culture, story, and platform in a uniquely authentic way.

The good news is that your company has the same basic ingredients: culture, story and marketing platforms.
The challenge is combining them to deliver hypnotic marketing.
Get started by learning more about Culture Branding here.

PrevPreviousMarketing Like Urban Meyer
NextThe Most Powerful Question for Your BusinessNext 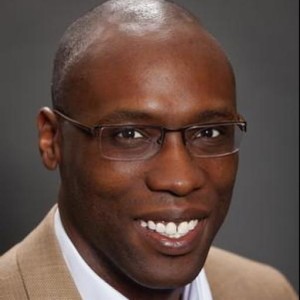